When I opened the shutters yesterday morning, I was met with a wonderful blue sky and sunshine. After over a week of dull wet weather this was such a welcome relief. Even though we can’t go out, I do feel so much better when the sun is shining.

I decided to make the most of the sunshine and put 2 loads of laundry into the washing machine. The laundry had rather built up over the past week so this was the perfect day to get everything dry. I must admit to taking a little longer than normal hanging it out on the roof terrace – just enjoying the sunshine for a few extra minutes.

Once the sun had moved round a bit, I pulled open the patio doors and let the warm air pool into the living room, so nice – I am really appreciating the little things in life now.

Time for lunch and we’re running out of ideas. I raid the freezer and find a couple of crusty rolls and we still have some eggs left so egg mayo rolls it is then – one of hubby’s favourites. Since the kids were small, this has always been known as “Squidgy egg” in our house :)

We took our rolls and cups of tea out onto the terrace – even the cats joined us – one decided the warmest place was on top of the barbecue which had been covered up for the winter :)) 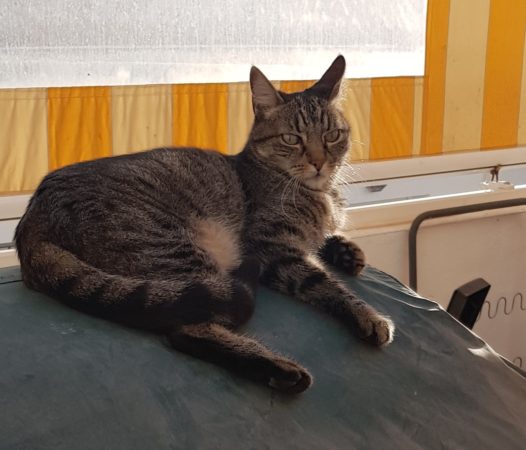 I called my daughter for a catch later in the evening. She has recently downloaded the new Disney + app and she was telling me that it has a lot of the old TV shows she used to watch as a child on it.  We spent half an hour reminiscing over  The Wizards of Waverly Place and Lizzie Mcguire :))